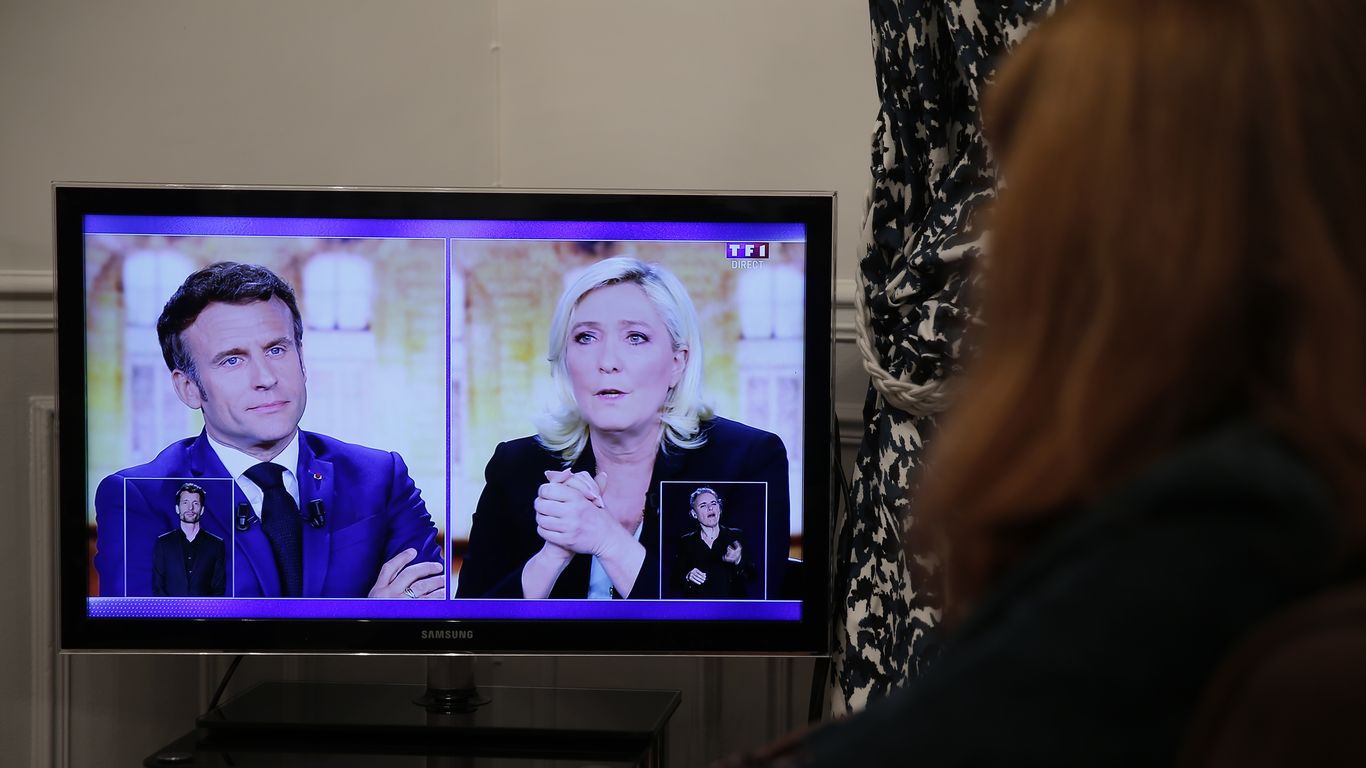 In the only debate before Sunday’s presidential run-off, French President Emmanuel Macron attacked his far-right rival Marine Le Pen for owing money to a Kremlin-linked bank and warned that her proposal to ban the headscarf for Muslim women could “create a civil war.”

The other side: Le Pen, who tried to rebrand and celebrate after being crushed by Macron in 2017, hit out at the French president on crime and the rising cost of living and argued she better understands the struggles voters.

On Russia and Ukraine:

On quality of life:

On headscarves for Muslim women:

Editor’s note: This story has been updated with additional details from the debate.